This post is written in conjunction with the Summer Under the Stars Blogathon hosted by Michael at Scribe Hard On Film and Jill at Sittin' On A Backyard Fence. 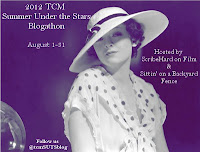 This romantic comedy directed by Jack Conway also stars William Powell (with whom Loy made 14 films), Spencer Tracy, and Jean Harlow. A classic newspaper story with a lot of laughs. 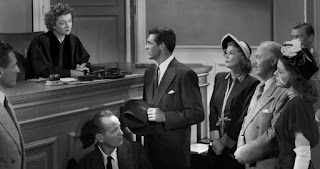 When teen-age Susan (Shirley Temple) falls head over heals in love with playboy artist Dick (Cary Grant), big sister Margaret (Loy) tries to intervene, inadvertently (and reluctantly) falling for Dick herself. I love Loy in this picture because she plays a female judge - and that's just cool. Her name is also Margaret - and that's just FAN-BLOODY-TASTIC! 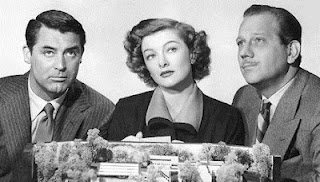 Another picture with Cary Grant, this film also stars Melvyn Douglas. Mr. and Mrs. Blandings (Grant and Loy) make infinite renovations to a house in the country. Their pursuit of their dream house turns into a nightmare as they invest more and more money into a house that doesn't seem to want to be built! 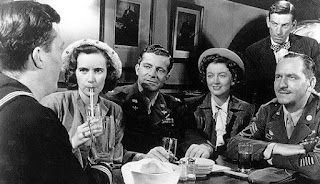 This post-WWII movie was directed by William Wyler and co-stars Fredric March, Dana Andrews, and Virginia Mayo. Three returning service men struggle to readjust to civilian family life and business in middle America. The film won seven Oscars, including an honorary award for Harold Russell "for bringing hope and courage to his fellow veterans through his appearance." Russell lost both his hands while working with explosives during WWII. 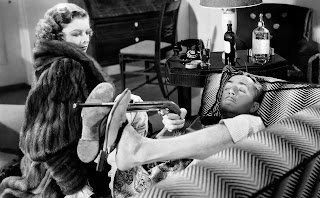 Undoubtedly Myrna Loy's most popular screen character as Nora Charles, half of husband and wife sleuthing team of the Thin Man series. This is the first of six movies in that series, and it's probably my favorite. Even when their tight and high as kite, Nick and Nora make the classiest detectives I've ever seen! 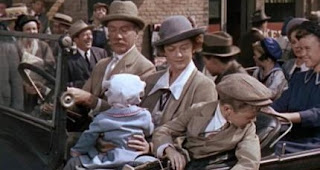 Not to be confused with the sub-standard Steve Martin version, the film, and the story it was based on, is a classic family flick. This comedy/drama was directed by Walter Lang and costarred Clifton Webb and Jeanne Crain. Based on the real life story of the Gilbreth family, two efficiency engineers and their brood of 12 children! I highly recommend this book and it's sequel, BELLES ON THEIR TOES, which was also made into a movie (1952) with Myrna Loy reprising her role as Mrs. Gilbreth.

I hope you enjoy these films and many more on Myrna Loy day on TCM! If you are interested in purchasing any of these movies for your personal collection, feel free to follow the links below to Amazon!